Thank you to the Houston Texans for honoring first responders at the Opening Day Game on September 4th. Members of HPD along with the Harris County Sheriff's Officer and the Houston Fire Department held the U.S. flag during the pregame ceremonies.

Members of HPD SWAT came out of the tunnels as "the Home Field Advantage." 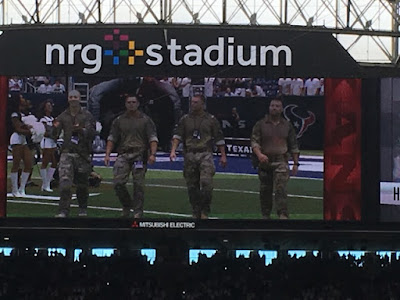 The Star of Courage Award was given to Senior Police Officers Steven Hamala and Melanie Hamala. 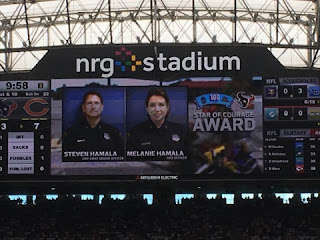